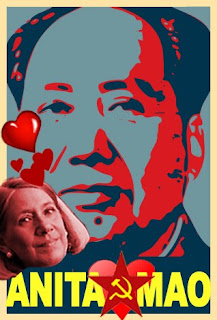 A few days ago I contacted MY DEAR HUSBAND just before he embarked on his journey home from the wilds of the work force and nearly frightened him with those dreaded words, "Hey! I've got an idea!"

I had this intense craving for Chinese food, real Chinese food, of which Our Lovely Village is glaringly without. Pot stickers!, Fried Rice!, Kung Pao Chicken! Spicy Orange Beef! Egg Rolls! Hot and Sour Soup! Won Tons! YUM! So, panting and salivating like a pregnant woman in dire need of pickles and pistachio ice cream, I prevailed upon him to bring home some Chinese take-out. I anxiously honed and whittled our chopsticks in anticipation of the taste and aroma. Checking to make sure we had plenty of Soy Sauce, it occured to me; Yeah, Perfect! The old Robbies could be a Chinese food restaurant! Surely, "Sum Yung Guy" could make a go of it and Hey! They could even "Wok Around the Block" for delivery to us Villagers who've been deprived of the Asian fare. It seems almost fool proof!

As we casually dined on our Chinese take-out, our momentary bliss was blown by the stunning appearance on television of Anita Dunn, the 'acting' Chief White House Communications Advisor giving an address at some sort of commencement. Now I will tell you that its just darn near impossible to get between me and my pot stickers. In fact, I love them so much MY DEAR HUSBAND and I once lured the children to our favorite Chinese haunt and we challenged them to see who could eat the most of them. Great fun! The jury is still out on who actually won, depending on who you ask.

But on this night, as we watched Anita Dunn drooling over her favorite philosophers, Mao and Mother Theresa, I must confess, I dropped my dumpling. ( much to the delight of my beloved Dawg).

First off, that is, at the very least, a really weird combination. I doubt there's a Chinese restaurant, or any other for that matter, hawking such a combo platter. Lemme see; okay, first we torture them, kill off the ones we can and then minister to them and tell them God loves them and they are precious creatures. Ms. Dunn is, shall we say, confused, at best. But because her idiocy cost me a dumpling, I am thinking more along the lines of a psychological disorder. Not only what she said was strange but her delivery was suspicious. Talk about "Take-Out"!

Now we learn that Our Fearless Leader and Champion of Change will soon be heading to Asia. There is a fierce debate over what type of souvenir there will be for this trip. Talk swirling about Mao-Bama T-shirts and posters of Obama in a communist uniform. I suppose the possibilities are endless and a few folks will most likely make a few bucks on the whole thing. But if you come across a T-shirt that suits you just right, check the tag and see if it says Made in China, it might sway your decision.

As far as the idea for a Chinese Food Restaurant at the old Robbies site, I still think it could work. They'll have to get creative with the menu..."The Mao-Bama Special", "The Mao/Mother Deluxe", "Socialism Soup with a Side of Tender Theresa". And at the end of your meal, they could provide the complimentary "Mis-Fortune" cookies.

I can't wait! But then I grew up in town where some of the best BBQ was found at a joint called Gingus Khan BBQ. No kidding. I think its still there.

COPYRIGHT PENDING
Posted by Mayor of Chappell Hill at 5:03 AM